Gun owners in Illinois’ most populous county will be spared from firearm and ammunition taxes moving forward.

In a unanimous 6-0 decision on Thursday, the Illinois Supreme Court struck down Cook County’s firearm and ammunition taxes. The Court found that the taxes violated the state’s constitution.

“Under the plain language of the ordinances, the revenue generated from the firearm tax is not directed to any fund or program specifically related to curbing the cost of gun violence,” Justice Mary Theis wrote in her majority opinion. “Additionally, nothing in the ordinance indicates that the proceeds generated from the ammunition tax must be specifically directed to initiatives aimed at reducing gun violence. Thus, we hold the tax ordinances are unconstitutional under the uniformity clause.”

The unanimous decision, joining Republican and Democratic justices alike, strikes a blow to the gun laws in one of the most restrictive localities in the country. In addition to the gun taxes, the county is also being sued over its ban on magazines with a capacity greater than ten rounds and an “assault weapons” ban.

However, it stopped short of ruling on the Second Amendment claims. Instead, it said the fact that the taxes violated the state constitution’s uniformity clause was enough to strike it down, and no further ruling on the gun-rights group’s other claims was needed.

Justice Michael J. Burke filed a concurrence where he complained the Court’s ruling was too narrow and could encourage the county to pursue another unconstitutional ordinance.

“I believe that the majority’s analysis wrongly leaves the door open for a municipality to enact a future tax on firearms or ammunition that is more narrowly tailored to the purpose of ameliorating the cost of gun violence,” Burke said. “The only problem with that approach is that it would still violate the Illinois Constitution.”

Cook County was also less than pleased with the majority’s ruling but for very different reasons.

“We are disappointed with the court’s decision and are reviewing the matter to determine next legal steps,” a spokesperson from the Cook County State’s Attorney’s Office told The Reload.

John Boch, executive director of Guns Save Life, said the gun-rights group is “quite pleased by the decision that affirmed our belief that the Cook County gun and ammo taxes were unconstitutional surtaxes on unpopular fundamental civil rights.” He said the group expects the favorable ruling to have significant effects on other gun-control proposals as well.

“This decision means more than just relief for Cook County residents,” Boch told The Reload. “There were talks of expanding the Cook County gun and ammo taxes state-wide, so the decision benefits all gun owners across Illinois. Furthermore, there was talk of adding still additional surtaxes on scary black rifles, including America’s favorite rifle, the AR-15, along with the magazines to feed them. All that just got tossed into the garbage bin as well. So the follow-on impacts of this decision are vastly greater than simply impacting Cook County residents.”

The case will now be remanded to the circuit court for a summary judgment in favor of the gun-rights group. 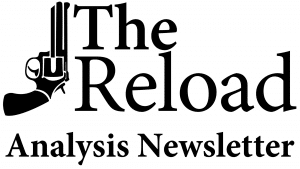 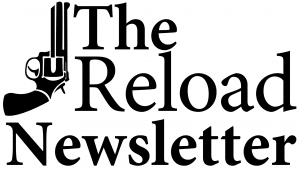 All Posts
Jake Fogleman is a contributing writer for The Reload. He is a recent graduate of Metropolitan State University of Denver where he studied political science and economics. He previously interned with the Second Amendment Policy Center at the Independence Institute, a Denver-based think tank. His writing has appeared in Complete Colorado.