Analysis: What Impact Will Creating 11.6 Million New Gun Owners in a Year and a Half Have? [Member Exclusive]

There’s a simple addition equation at the core of the most significant single factor in the future of gun politics: 8.4 + 3.2 = 11.6.

That’s how many millions of Americans the National Shooting Sports Foundation estimates were added to the gun-owning community over the past year and a half. The firearms industry trade group reported late last week its latest dealer survey found 3.2 million first-time buyers were created in the first half of 2021. That’s after it estimated there were 8.4 million first-time buyers in 2020 based on its previous survey.

If this number is accurate, and there is some question over whether or not it is, it could have monumental impacts in the short and long term.

One of the long-term effects is likely to be a shift in American gun politics. As you might imagine, gun owners have historically been less supportive of restrictions on gun ownership and use. With millions more adults (and, therefore, voters) owning guns, it may have an impact on the level of support gun-control measures can expect moving forward.

Hobbies and passions take time to develop, so this isn’t an effect that’s likely to reach its full effect for years. People’s politics tend to change in a similarly slow fashion. But, it’s fair to expect some percentage of those new gun owners will develop into gun voters, and some portion of them will become motivated activists. Millions of new gun voters and tens or hundreds of thousands of gun activists would significantly impact the politics of guns–particularly if they’re active in places and communities that haven’t previously had many gun owners.

This is especially true when looking at some of the fastest-growing demographics of gun ownership. Women and minorities have tended to favor gun restrictions at a higher rate than White males. But NSSF found minority customers, especially African Americans, were growing at a faster rate than White customers. And a new survey from researchers at Harvard and Northeastern University found half of all new gun owners since 2019 were women, though they found a lower overall number of new gun owners.

The more immediate impact is on gun and ammo supply. The last year and a half has been one continuous shortage. The perfect storm of motivation to be armed has come, and it hasn’t yet gone.

It’s easy to see why ammo manufacturers haven’t been able to keep up. And why they’ve warned the shortage could carry on for years. If each of the estimated 11.6 million new first-time gun buyers bought just 100 rounds of ammo, the industry would need to produce 1.16 billion rounds more in the past year and a half than they had in 2019 just to keep up. And that’s before you factor in all of the other gun owners who have increased their ammo buying.

Things will only worsen on the ammo supply front now that President Joe Biden has banned new import permits for Russian-made rounds.

Plus, 2021 isn’t over yet and the fourth quarter of the year is when sales tend to increase the most. Coincidentally, it’s also when several of President Biden’s executive orders banning most pistol braces and expanding the ATF’s power to regulate gun parts go into effect. Concern over new gun bills usually drives people to gun stores.

That likely means millions more Americans will become new gun owners by the end of the year. And the effect of expanded gun ownership will increase even further. 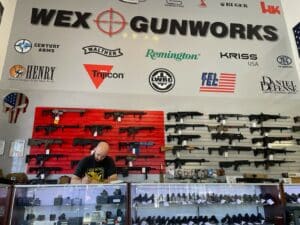