Analysis: Guns Are Normal and Normal People Use Guns

As I hope to write regularly for The Reload, I thought my first contribution ought to say something about how I generally approach American gun culture, which bears on the fierce debates over guns taking place across the country.

I am a sociologist who has been studying American gun culture for the past decade. My approach to the topic differs considerably from most of my gun studies colleagues. Rather than focusing on crime, injury, and death with firearms, my work is based on the proposition that guns are normal and normal people use guns. This is not an article of faith or belief statement for me; rather, it is based on my empirical observations of guns and gun owners.

The normality of guns runs deep in human history. The use of projectile weapons is behaviorally normal for Homo sapiens as a species. Today’s widely owned civilian firearms are part of an unbroken thread of what Randy Miyan calls “the human-weapon relationship,” stretching back to rocks in the uniquely evolved hands of our prehistoric ancestors. As paleoanthropologist John Shea concludes, “Projectile weaponry is uniquely human and culturally universal. We are the only species that uses projectile weaponry, and no human society has ever abandoned its use.”

Although most societies today – consensually or not – give over to the state a monopoly on legitimate violence and hence the ability to restrict civilian ownership of projectile weaponry, the United States is an outlier in having a significant portion of the population insist upon their right to own firearms independent of the state, a right written into the U.S. Constitution and many state constitutions. In early American history, guns were widely owned by those who could legally do so. One reliable estimate found guns in 50 to 73 percent of male estates and even 6 to 38 percent of female estates. These rates compare favorably to other common items listed in male estates like swords or edged weapons (14% of inventories), Bibles (25%), or cash (30%).

Even as the nation has become more settled, more industrial, and more urbanized, levels of firearms ownership remain exceptionally high. Accounting for under-reporting of gun ownership in surveys, a reasonable estimate is that 40% of all American adults personally own a gun, over 100 million people. According to the Small Arms Survey, there are some 400,000,000 privately owned firearms in the United States. Actually, if the average gun owner owns 4 to 5 guns, then the actual number of civilian firearms could be closer to half a billion.

Perhaps unsurprisingly, shooting guns is also very normal in the United States. In 2017, the nonpartisan Pew Research Center asked, “Regardless of whether or not you own a gun, have you ever fired a gun?” Nearly three-quarters of respondents (72%) said YES. In population terms, nearly 180 million adults in America have fired a gun. Pew also asked, “Just your best guess, at what age did you FIRST fire a gun, whether you owned it or not.” 63% of respondents answered that they were under 18 years of age when they first shot a gun.

None of this denies that there are what Claude Werner calls serious mistakes and negative outcomes with guns. These range from unintentional discharges to mass public shootings. But huge denominators in terms of gun owners and guns owned means the absolute risk of accidental injury or death, homicide, or suicide is quite small.

I have previously illustrated this using conservative estimates of guns and gun ownership and broad estimates of negative outcomes (including accidental and intentional deaths and injuries as well as non-fatal criminal injuries and victimizations with firearms). I found that just 0.15% of guns and 0.79% of gun owners are involved in fatal or non-fatal injuries or victimizations involving firearms annually.

Looked at the other way around, 99.85% of guns and 99.21% of gun owners are NOT involved in fatal or non-fatal injuries or victimization involving firearms annually.

Of course, the normality of guns and gun owners is not just an academic question. It is reflected in the way many gun control activists and politicians approach guns. At a time when people use terms like “insane” and “addiction” — or worse — to characterize gun culture in America, it’s important to remember that guns are both commonly owned and generally non-problematic here.

Unfortunately, normality is unremarkable. It is not headline news. It is not of concern to social scientists. And yet it is my dominant experience of guns and gun owners. 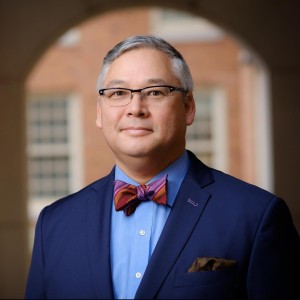 All Posts
David Yamane is Professor of Sociology at Wake Forest University in Winston-Salem, North Carolina. He has studied firearms since 2011, focusing on the new self-defense-oriented core of American gun culture. He is the author of Concealed Carry Revolution.